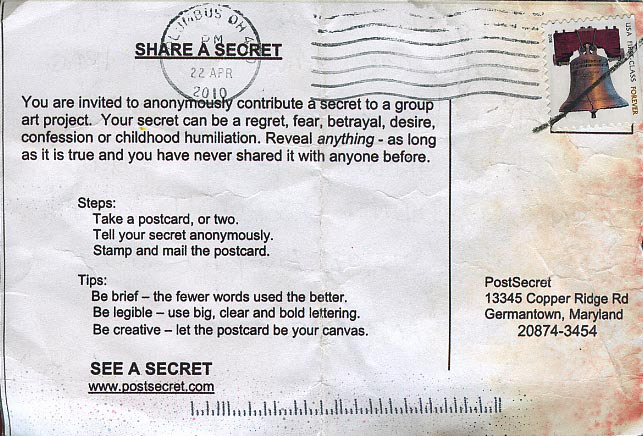 In 2014 Frank Warren printed 3000 postcards, addressed to himself on the front, the backside left blank.
He handed the cards to passers-by in the streets and public buildings and asked them to write a personal secret on it and then to post the card anonymously.
Since 2014 PostSecret received and collected more than a million postcards.
Every Sunday a small selection of newly received cards is posted on the website Postsecret.com.

Interview with Frank Warren by Jack Moore of WTOP-radio: