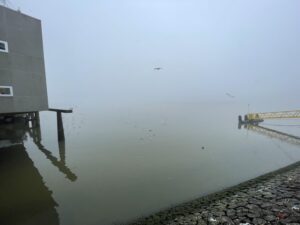 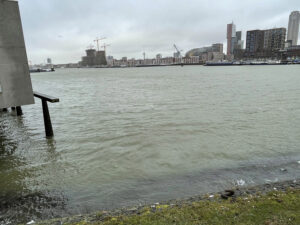 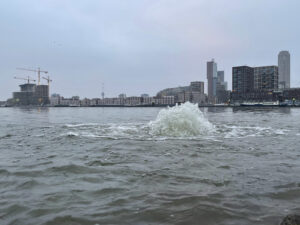 Behind the dike in a corner of the water, next to the tawdry Rotterdam-South Maashaven subway station,
Jeroen Jongeleen discovered a drain that occasionally makes water bubble or squirt out.
He decided to appropriate this drain as a work of art and gave it the name ‘Fountain’.
An incongruous and unpredictable fountain, it attempts to be a response to the bloated urban renewal plans,
which are being implemented and planned around Rotterdam-South,
a process in which art is supposed to be a tool.
The fountain rarely works, so there is not much point in traveling especially for it.
For the art tourist, this work will prove to be a disappointment. At best, it will be discovered by accident by a local resident walking past it.
The fountain is a work of art that refuses to go along with the city marketing, in which art is eagerly used as hip and ‘street art’,
but which is usually no more than a presentation of the process of gentrification.
It is an ode to the frayed edges and crumpled zones, to the city that does not try to pretend to be better than it is.

As a stepping stone to the work, a tile has been placed on the quay with the title of the work on it. 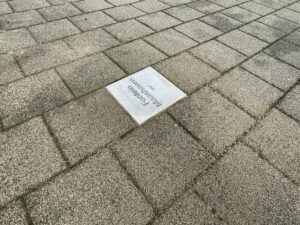